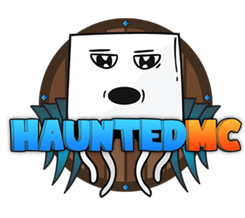 You are using an out of date browser. It may not display this or other websites correctly.
You should upgrade or use an alternative browser.

Are any servers exempt to the EULA?
No. It affects all servers and players equally.

Do server hosts have a grace period to implement changes to their servers?
Yes. All servers must comply with the EULA by August 1st, 2014.

Can I charge for access to my server?
Yes. How players join a server is up to you. Single entrance fees or subscriptions are both allowed.

How often am I allowed to charge players to access my server?
You can charge players as regularly as you like. You can even charge for timed access if you think it’s the best way to monetise your server.

What counts as a server? Are proxies one big server, or lots of smaller ones?
A server is something a user connects to with their client. The user is on a different server when they leave one and manually join another (in the multiplayer screen). Virtual servers and proxies make no difference; to the client it’s the same server.

Can I charge access to a specific part of my server, such as a minigame or world?
No, you cannot charge for any part of a server. Only the access. Once on a server, all players must have the same gameplay privileges. You may make a different server which features “premium” areas, and charge for access to that server instead, but the benefits cannot carry between servers.

So can I charge for my minigames or mods?
Yes, so long as all players on your server have access to the features.

Can I offer a limited trial period for all users?
Yes. So long as both trial and paying users have access to the same gameplay features during the trial, we’re cool with it.

Can I give paying users priority access to my server?
Yes, but you cannot restrict gameplay elements to specific users.

Does the EULA still apply for access to user-created mods?
Yes. It doesn’t make a difference who made the mods, or how they were implemented onto your server. All mods require Minecraft to run. You are not allowed to charge for Minecraft features which affect gameplay.

Can I sell “kits” for hard currency if I provide a balanced alternative for non-paying users?
If the “kits” contain gameplay-affecting features they are not allowed. Gameplay balance is not relevant to the EULA. If the items included in the kit are purely cosmetic, you can charge real money/hard currency.

My server features a currency that you can earn through gameplay, but which can also be bought for hard currency. Is that OK?
Soft currencies that are earned in-game are fine, but you cannot sell in-game currency for hard currency. Hybrid/dual currency systems are not allowed.

Can I sell boosters, which provide faster gold gain, XP, or other in-game resources for hard currency?
No – boosters, item generators, and all other features that affect gameplay are not allowed.

So how do I make real money from selling cosmetic items?
You can sell cosmetic items for hard currency directly or allow players to fund an “account” specific to your server. It’s up to the host of the server to decide how this works. Remember that capes are the exception to this rule – you are not allowed to give them away or sell them.

Can I sell ranks on my server?
Yes. Ranks are allowed so long as any perks gained are cosmetic. Coloured names, prefixes, special hats etc. are fine.

Can users purchase something that affects the entire server, such as a temporary XP boost?
Yes, but everyone who can access the server must be able to use the feature, regardless of whether they purchased it or not.

Can I award all players with a gameplay feature if I reach a donation goal within a time period?
Yes, so long as all players receive the benefit regardless of who donated then it’s OK.

Can I charge for access to server commands?
Yes, as long as their effects are purely cosmetic. Commands that affect gameplay, such as a command to fly, cannot be sold for hard currency.

If all players get access to a feature such as a plot of land, can I sell access to multiple plots for hard currency?
No – that would be a gameplay affecting change, so it’s not allowed. All player who access your server must have the same gameplay features offered to them. The same rule applies to items, such as potions.

How should servers deal with users who have already spent hard currency on features that affect gameplay?
Users may keep the perks they’ve paid for on the condition that the same perks are available to other players on the server (directly or purchasable using soft currency). It’s up to the server host to decide how to compensate users for previous transactions.